Gyalino Mousiko Theatro, Athens, Saturday March 12th. I descend backstage to talk to Yannis Kotsiras who in a couple of hours will take the stage he shares with Lavrentis Maheritsas for their show. Kotsiras talked about his career, his musical idols and tastes and of course about his forthcoming gig in London on the 1 April 2016 for which we have a draw for free tickets. Later, on stage, he is mesmerizing. Although the show he will present in London will be somehow different (Maheritsas won’t be there) there is no doubt that he will convey the same sensation and create a brilliant atmosphere. Whatever you do, pencil the date down in your diary now! 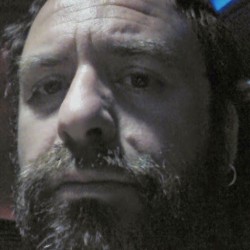